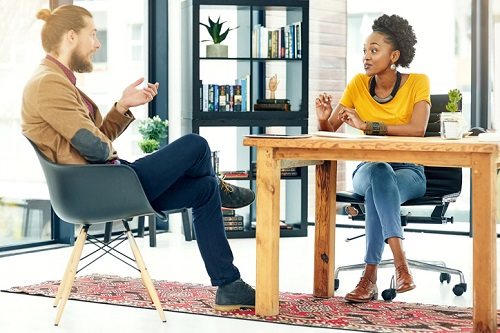 We’ve all been through the interview process before, and we’re all familiar with the routine – an employer invites a potential candidate in and asks questions to learn as much as possible about candidate's skills and potential fit. Seems simple enough. But what happens if the interviewer asks an illegal question? It happens surprisingly often. Some of these questions are so common, and can come so naturally in regular conversation, that you may not know they’re illegal to ask. However, employment law expressly prohibits particular types of questions to ensure equal opportunity hiring.

Here’s a look at a few examples of common interview questions employers are not allowed to ask:

How old are you?

That’s right. A seemingly innocent questions is, in fact, illegal to ask. Employer can ask if the candidate is of legal age to be employed in Canada, or if candidate is of legal age to serve alcohol, but anything more is infringing on candidate's rights. Additionally, watch out for alternate questions that may be an attempt to infer the  age. For example, what year did you graduate? While a question like that is not expressly illegal, proceed with caution. If it is needed to be asked, it should be asked in a proper context, as the candidate may take it as an attempt at age discrimination.

Do you have children? If not, do you have plans to?

Some employers feel that parents are less likely to work extended hours and more likely to take days off for their kids. These employers want to know if the candidate is worth their financial investment by deducing how many hours the candidate able to work. However, the employer is not allowed to make hiring decisions based on this fact.

Have you ever been arrested?

NEED WORKERS TO HELP YOUR BUSINESS GROW? WE CAN HELP!

Alliance Employment Services will help you  ATTRACT, RECRUIT, HIRE AND RETAIN  FULL TIME STAFF as well as help you utilize TEMPORARY STAFF for your production needs.

What is your sexual orientation?

Fundamental discrimination laws prohibit questions like these as they have no bearing on whether or not candidate is capable of performing the duties of the job. This creates the opportunity for discrimination, and if any employer asks this question, they are clearly offside.

What religion do you practice?

Like sexual orientation, the religion the candidate practices has no bearing on whether or not the candidate is able to complete the tasks required. The employer may be asking this question to know what holidays the candidate celebrates to determine what days the candidate will need off, but there are better ways to ask and more appropriate times to coordinate.

What is your marital status?

Though this question seems simple enough, answering it can disclose more information than is on the surface. Similar to asking about candidate's plans for children, this question is more appropriate for the times when employer would like to learn more about the employee that has already been hired. Asking this question during the interview may be treated as an attempt to determine candidates availability for extra work and longer hours. The candidate may take such question as a discrimination attempt.

Do you have any physical impairments or disabilities?

Employers are not allowed to ask about candidate health or disabilities. They are allowed to ask if the candidate is able to complete work related jobs, for example, if candidate can lift large amounts of weight, or if able to be on the feet for hours at a time. But broad questions about overall health can lead to discrimination based on disabilities, and that starts to creep into illegal territory.

Do you smoke or drink socially?

This question is in an attempt to elicit information about candidates reliability based on any current addictions or lifestyle choices. Broad questions like this are illegal.

If an interviewer is asking you the candidate of the above questions,  the candidate has the right to deny the disclosure of information. An excellent way to avoid illegal questions is by directing the conversation to related skills that are needed for the position that you are hiring for. In today's candidate's market place, when employers are competing for quality candidates it is paramount to be viewed as a quality employer who is treating its employees fairly and professionally.

If you require assistance with interviewing, candidate attraction, screening and hiring - Alliance Employment Services would be glad to assist you with such tasks.

Material for this article was sourced on | workopolis.com

How to Choose a Temp Labour Agency

When you consider hiring workers to accommodate your fluctuating staffing requirements due to the seasonal or project oriented nature of your business you may consider hiring temporary staff.   Although there is a number of sources that businesses nowadays can use to attract and hire staff, when...

Businesses have been forced to make the difficult decision to furlough or lay off staff to stay viable, but running with an intentionally lean staff then makes it difficult to complete short-term projects. Productivity drops. What this looks like is unfinished projects, strain on existing...

COVID-19 has caused the world to slow down forcing many companies to take a pause with their regular business routines and budgets. But with Canada slowly reopening, there is no time like the present to get back to work and rethink your hiring strategies.